What is the relation between design principles “Talk to an interface, not an implementation” and “Talk to an abstraction, not a concrete”? When you apply them, you want to achieve different goals.

Admittedly, they sound very much alike, so what is the difference between them? 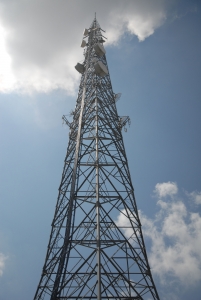 We have chosen to send messages using a web socket. But there is really no need for our client application to know how messages are sent over the network. The second design principle says “Talk to an abstraction, not a concrete”. The concrete here is a web socket. A suitable abstraction in this context could be the ability to send messages over the web without specifying how. So we introduce an interface ClientWebSender. Depending on the application, we could take it one step further. It might make sense to abstract away the fact that we’re sending messages over the internet (for example, it could be over an IPC channel). We would end up with an interface ClientSender.

The second design principle will make your application more resilient to change. Without the abstraction, the web socket details might propagate throughout your code. For example, functions, arguments and return types could be specific to web sockets. If you would like to change your application to support message sending over e.g. HTTP or your own proprietary protocol over TCP, you would have to chase down all references to web sockets.

Last, the “Talk to an abstraction, not a concrete” does not require us to talk to an interface. You might have a class that represents the “abstraction” part and hides the “concrete” part (e.g. by delegating to a web socket implementation). So our two design principles serve different purposes and does not necessarily overlap. That said, they work very well in combination to write decoupled, testable and change resilient software.

4 thoughts on “Design Principles by Example: Talk to an Interface or an Abstraction?”