As mentioned, BDD is related to TDD. In the video, Astels stresses the fact that we should try to get away from the testing mindset, and focus on writing specifications of the system behavior instead. In BDD, we have a specification focus instead of a test focus. The name of a BDD test case should read as if it specifies a 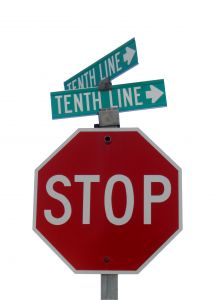 small piece of system behavior. For example, let’s say you’re writing software for a web shop (as in the wikipedia article on BDD). One test case could be named “refunded items should be returned to stock” (or refundedItemsShouldBeReturnedToStock). The test code is there to clarify the details of the specification.

From a philosophical standpoint, the word “test” makes me think of testing something existing, while “specification” makes me think of specifying the behavior of something not yet built. It might help your thought process when decoupling the test cases (= the specification) from the underlying implementation. This ties into one of the drawbacks we often see with traditional unit testing. A recurring pattern is e.g. a ShippingOrder class with a corresponding ShippingOrderTests test class. This tightly couples the test code with the production code. Refactoring becomes painful as test classes might become obsolete if you decide to split a production code class in two.

Instead, Dave Astels mentions that in BDD, you should organize your test classes not around production code classes, but test fixtures. Each test class has a test fixture, and that fixture captures a specific system setup. (In short, a fixture creates objects from your production code classes in a setUp() function and cleans everything up in a tearDown() function. The setUp() function is executed before each test case in the test class and tearDown() is executed after each test case.) Thus, all tests in a test class would run against the same system setup. For example, if several test cases revolve around returning or refunding items in your shop, create a RefundItemTests test suite.

Since system behavior is not restricted to a single method or class, the notion of “unit” in “unit testing” needs to be widened. Any reasonable subset of the code could participate in the test fixture (even the full system, as described in my post on edge-to-edge unit testing). I like that, since it allows you to find and test on the stable boundaries within your system, thus making the tests less brittle. This should be contrasted with having a one-to-one correspondence between production and test classes, which will be very brittle as the code evolves.

If you have good or bad experiences with BDD, or just random thoughts on unit testing, please drop a line below.