Automatic compilation as you type is useful, but can we take it further? JUnit Max automates the execution of your unit tests.

In the good old days, you would build your software by running make from the command line. The output would tell you where the errors were, and it would be up to you to find the file and line to fix the error. Nowadays, most IDEs are somewhat better. Normally, you press a key to build. The IDE then helps you navigate the errors by taking you to the file and line. This still involves a context switch: you will have to stop writing code in order to press a key, and subsequently to look at the error messages. Doing this 50 times per day, and the disruption of the context switches becomes noticeable. 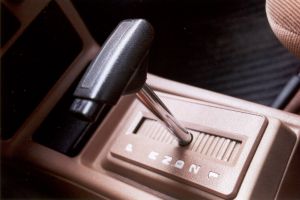 Modern IDEs offer another improvement. It will run the compiler automatically in the background for you. For example, Eclipse will compile the code while you’re typing and show the errors underlined in red or as a red icon on files that fails to compile. This removes much of the context switch mentioned above. This, combined with the immediate feedback, leads to less interruptions. This is an improvement.

One role of your compiler is actually that of a test tool. In a sense, it tests your code for a set of very specific problems, such as type mismatches, undefined functions etc. It might even warn you about some null pointer issues that would normally surface during execution. The compiler knows a lot about you code, and this is is also why it makes sense turn on “treat warnings as errors”. Without it, warnings will go unnoticed, and you will never have a clean build.

After the compiler tests, the next level of tests are the unit tests. Most IDEs allow you to run your unit tests by the press of a button. Again, you will have the task switch described above. Furthermore, the results are often not as integrated into the IDE as the compiler output. But if the code compiles automatically when we write our code, why can’t the unit tests run too, nice and clean and fully integrated?

This is probably the question Kent Beck asked himself when he came up with the idea of JUnit Max. JUnit Max is an Eclipse plugin designed to help test-driven development. When you save a file, JUnit Max executes the unit tests for you. Results are shown as red icons on failed tests. Since big projects can have thousands of unit tests, JUnit Max contains some extra logic to order the execution of the tests. First of all, it will run the fastest of your unit tests first. This will provide you with fast feedback. Second, it will run those of your tests that failed recently. Those tests are more likely to fail than those failing a long time ago. Using JUnit Max for test-driven development is awesome. Just save your files and it will provide you with instant feedback. I use it when I do “acceptance unit test-driven development” (see post) and it really speeds things up.

So, what is the next level of tests after unit tests? What is the next level of tests that would be beneficial to execute when you press “save”? How about running some functional acceptance tests automatically? It would probably require a full and successful build. The same prioritization between tests as above would be helpful: run the fast and the shaky tests first. Running acceptance tests automatically could work, and could be useful.

What’s next? Load tests? Full integration tests of a system? And after that, deploy automatically? Imagine, you change a single line of code, save, and minutes later, the changes are deployed live. Now that is what I call continuous deployment! Ok, I agree, deploying without committing to a source repository is probably not what you want. :) (I guess for deployment, doing it 50 times per day is cool enough.)

Here’s a Eclipse/JUnit4/Maven problem I came across, maybe this “solution” can help someone else.

I was using Eclipse to unit test some Maven projects in Java. I noticed that Eclipse only executed two out of my four JUnit4 unit tests. Right-clicking a test case and choosing “Run” on it gave me an error: “Unrooted test”. The more popular tips from Google (e.g. Nabble and Stack Overflow) suggested the code was ok, but still Eclipse was skipping my tests. Then I found this post on RTFM which said “recompile your code using mvn clean install“. Rediculously simple, but it worked for me. (Ironically, running Maven is something I normally do twenty times per day…)

The funny thing is that JUnitMax (which automatically runs all tests when a file is saved) managed to run the skipped tests even though Eclipse couldn’t! I could tell it correctly passed/failed the test when I changed it. I am still confused about that. :)