Short story: If you want to learn more, I will continue my blog at knowtion.se!

We have started Knowtion, a company dedicated to teaching developers, teams and managers how to deliver software faster and with higher quality. We will regularly give you great free content that will take you to the next level. For example, see my latest video on how to get start-up speed! 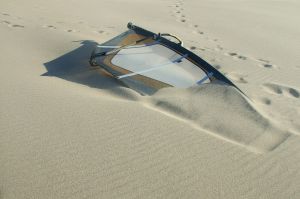 I want to work with clean and readable code, with decent test coverage. Thus, when I run across some small flaw in the code (e.g. code duplication in some test scripts), it should be fixed. But I admit, sometimes I just convince myself “hm, I’m so close to getting this feature up and running, let’s fix this code after that”. This almost always give me more agony later.

So when I had the opportunity to participate in a new project with no dependencies on legacy code, I thought I would try something new, just for fun. Let’s call it zero tolerance: “when finding flawed code, fix it now“. Flawed code could be anything: smelly code , confusing script names, non-descriptive function names, bad file structure, incomprehensible test cases, you name it. Let nothing pass!

Trying it out, my first observation was that it was painful! You have this new, fully functional feature within reach and this crappy code that requires a one-day refactoring appears. It is tough on your mental health to just ignore the easy-to-reach reward and do the really boring stuff. Especially when your threshold to what needs to be fixed is so low (actually, it’s zero). Sometimes it will feel like all you do is fiddle with old code. 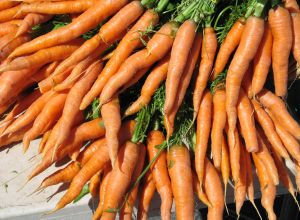 The upside is that all the punishment will make you learn (stick-style rather than carrot). You know that if you don’t concentrate and do things properly the first time, you will suffer later. And like I said, the suffering will inevitably happen when you are just about to write those last lines to get your system ready for a test spin. I would say it motivates you to produce code of higher quality from the beginning.

When I first started doing the zero tolerance thing, I expected it to get easier over time. The funny thing is, the amount of code that needs to be fixed seems to be constant over time! How is that possible? Maybe I am just sloppy and introduce lots of bad code? (Probably, but the punishment makes me improve! :) Maybe it is just impossible to foresee all the problems that may appear? Maybe. But I also think something else is at play.

Large software projects often grind to a halt. The complexity of the software becomes overwhelming and new features are delivered more and more slowly. Why is that? With increasing amounts of code, there will be increased opportunities for sloppy code. It will pile up. Without proper care, the amount of code that needs to be fixed will grow over time (probably much faster than the code size grows, the broken windows theory doesn’t help either). So maybe being constant over time is really a great outcome.

Like I said, I was hoping that the work load from code fixing would actually decrease over time. Maybe software is just hard (in terms of essential complexity), and there’s not much we can do about it. We will have to do our best not to make things worse by introducing too much accidental complexity. I will keep doing the zero tolerance thing for a while. I’ll report back on my findings if something interesting happens.

If you decide to try the zero tolerance approach, be warned: you should probably do it on a new piece of code. If you choose a piece of code that was written with a normal level of acceptance for design flaws and technical debt, you will probably lose your mind before you get any new functionality in there!

I just finished reading the book “Implementing Lean Software Development – From Concept to Cash” by Mary and Tom Poppendieck. In essence, “lean” means “reduce waste”, and “waste” means “everything that does not make your customers happier”. Many concepts in the book was pioneered by Toyota while applied to manufacturing. Toyota then moved on and introduced lean in product development (including software).

When a customer ask you for a feature, how long does it take until they get it (calendar time)? While implementing it, how much effective time have you spent on the feature? The difference between calendar time and implementation time is waste (since waiting makes your customer unhappy). This waste can be analyzed using Value Stream Mapping (example). Typical things that takes time for no good reason is waiting for approval (solution: approve within 24h instead of in the bi-weekly meeting) and long fixed releases. I have come across really long release cycles in previous work places and when talking to friends at other companies. (Half a year, a year is not unusual, which should be contrasted with the book’s claim that Toyota developed and released the Prius within a year and a half!). The solution is to release and/or deploy more often. In order to do this, we need a relentless focus on quality (= no bugs).

According to the book, having bugs in a bug tracking system is waste. Software with bugs in it is not finished work, and piling up unfinished work is waste (since it cannot be released to your customer until it’s finished). Also, someone has taken the time to enter the information, and someone must look at it to resolve the bug. Meanwhile, someone else might stumble across the same bug. All this takes time. Lean software development says you should solve the bugs right now. In order to make changes to solve the bug right away, you need tests to make sure you don’t break something else. Good quality software starts with rigorous and automated tests on acceptance and unit level (see my previous posts: test-driven development done right and edge-to-edge unit tests). Reducing the extra work from bugs will free up resources to implement new features.

Lean software development is about continuous improvements. Every day, we should ask questions like: How do I make my customer happier? How do I reduce waste in order to release faster? But who should answer these questions and implement the improvements? Lean says it’s the people closest to the problems. Inevitably, in software development, it will be the programmers! I think this is the most appealing part of the contents of the book.

This is a fantastic book and I am sure I will read it again pretty soon. Read it!