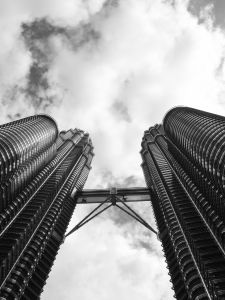 Here’s a Eclipse/JUnit4/Maven problem I came across, maybe this “solution” can help someone else.

I was using Eclipse to unit test some Maven projects in Java. I noticed that Eclipse only executed two out of my four JUnit4 unit tests. Right-clicking a test case and choosing “Run” on it gave me an error: “Unrooted test”. The more popular tips from Google (e.g. Nabble and Stack Overflow) suggested the code was ok, but still Eclipse was skipping my tests. Then I found this post on RTFM which said “recompile your code using mvn clean install“. Rediculously simple, but it worked for me. (Ironically, running Maven is something I normally do twenty times per day…)

The funny thing is that JUnitMax (which automatically runs all tests when a file is saved) managed to run the skipped tests even though Eclipse couldn’t! I could tell it correctly passed/failed the test when I changed it. I am still confused about that. :)

I just finished reading the book “Implementing Lean Software Development – From Concept to Cash” by Mary and Tom Poppendieck. In essence, “lean” means “reduce waste”, and “waste” means “everything that does not make your customers happier”. Many concepts in the book was pioneered by Toyota while applied to manufacturing. Toyota then moved on and introduced lean in product development (including software).

When a customer ask you for a feature, how long does it take until they get it (calendar time)? While implementing it, how much effective time have you spent on the feature? The difference between calendar time and implementation time is waste (since waiting makes your customer unhappy). This waste can be analyzed using Value Stream Mapping (example). Typical things that takes time for no good reason is waiting for approval (solution: approve within 24h instead of in the bi-weekly meeting) and long fixed releases. I have come across really long release cycles in previous work places and when talking to friends at other companies. (Half a year, a year is not unusual, which should be contrasted with the book’s claim that Toyota developed and released the Prius within a year and a half!). The solution is to release and/or deploy more often. In order to do this, we need a relentless focus on quality (= no bugs).

According to the book, having bugs in a bug tracking system is waste. Software with bugs in it is not finished work, and piling up unfinished work is waste (since it cannot be released to your customer until it’s finished). Also, someone has taken the time to enter the information, and someone must look at it to resolve the bug. Meanwhile, someone else might stumble across the same bug. All this takes time. Lean software development says you should solve the bugs right now. In order to make changes to solve the bug right away, you need tests to make sure you don’t break something else. Good quality software starts with rigorous and automated tests on acceptance and unit level (see my previous posts: test-driven development done right and edge-to-edge unit tests). Reducing the extra work from bugs will free up resources to implement new features.

Lean software development is about continuous improvements. Every day, we should ask questions like: How do I make my customer happier? How do I reduce waste in order to release faster? But who should answer these questions and implement the improvements? Lean says it’s the people closest to the problems. Inevitably, in software development, it will be the programmers! I think this is the most appealing part of the contents of the book.

This is a fantastic book and I am sure I will read it again pretty soon. Read it!